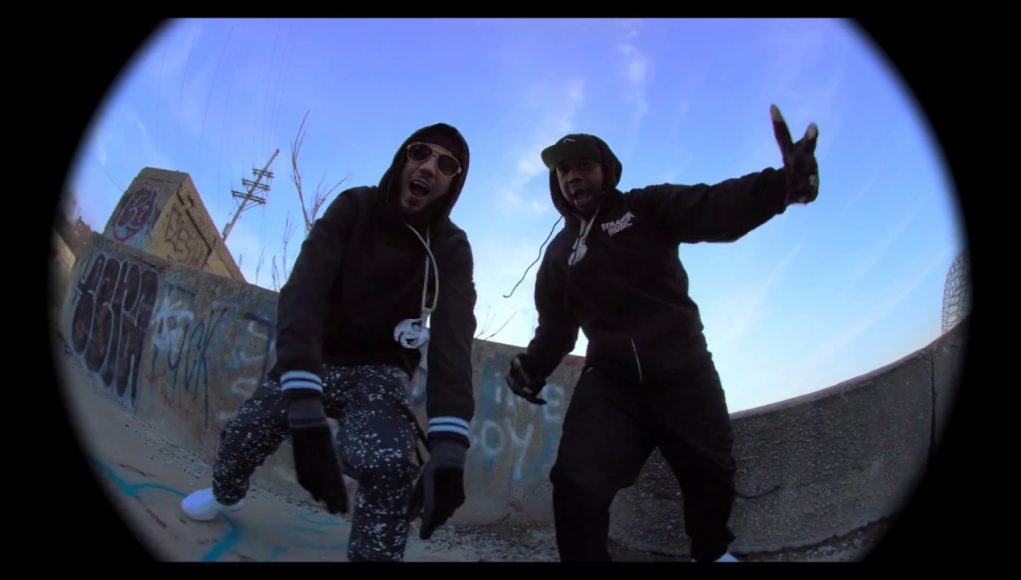 Strange Music labelmates Stevie Stone and JL have just released their debut collaborative album on the independent label, titled Kontra-Band. The duo also dropped the video for their track “What You Gon Do,” which is the exclusive pre-order track from the project. Full tracklist is below.

Lead Kontra-Band single “Groomed By The Block” features rising rapper Phresher (best known for appearing on Eminem’s “Chloraseptic” and its remix with 2 Chainz) and showcases each artist discussing his respective street background. “We all came from situations that were hood, that were grimy,” JL reveals. “It’s a really catchy song. It’s a nice dynamic. It’s three different artists that are completely different, but meet at a dope place.”

Kontra-Band arrives as proof that Stevie Stone is one of Strange Music’s most consistent, reliable artists. Level Up, his fourth Strange Music album, arrived in 2017, the same year that JL released his first Strange Music album. DIBKIS, an acronym for “Do It Big Keep It Strange,” featured the Kansas City rapper establishing himself as a national artist after releasing a string of independent releases.

Kontra-Band’s title was inspired by the popular 1980s video game Contra. “It had two dudes running and gunning,” JL explains. “That sparked something for me, with two dudes being in the game. As we started making music, we were discussing ideas and Tech actually was the first one to say Kontra-Band.”

While in Los Angeles last year promoting their respective projects, Stevie Stone and JL started recording material that served as the genesis for Kontra-Band. “We’re just kindred spirits, man,” Stevie Stone says. “The stars aligned and we went in there and were surprised. It just came like water. We vibed real well and bounced off each other real well, and came up with a dope project.”