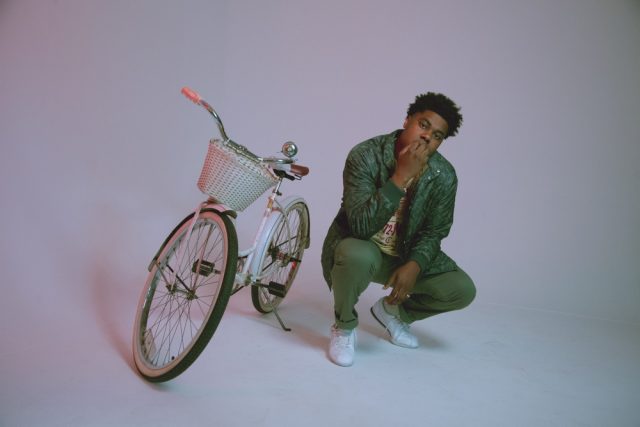 Seattle’s critically-acclaimed rapper and crooner, Dave B, shares a new song “Window” featuring Romaro Franceswa from his forthcoming album BLEU available on June 7th. On the Sango and WAXROOF produced soulful and bounce-worthy track, Dave B teams with another young Northwest hip-hop artist Romaro Franceswa for an uplifting song about escaping negativity.

Dave explains, “This song is really about allowing yourself to let shit go. I feel like throughout the creation of this project I had to really go inward to properly express how I felt while making this album. Window is just a reflection of that.”

“Window” follows BLEU lead single and music video “CPU Luv,” a song about craving attention in today’s disconnected world. And teaser track “Pretty,” an introspective jam about self-love that landed on the Essence’s must listen playlist: Singles We Couldn’t Stop Listening To.

Next month, Dave B will host an album release show at hometown venue The Showbox on June 22. Afterwards, he’ll bring his electric live performance on the road to New York at Baby’s All Right on 6/29, San Francisco at Brick & Mortar on 7/25 and Los Angeles at The Mint on 7/26.