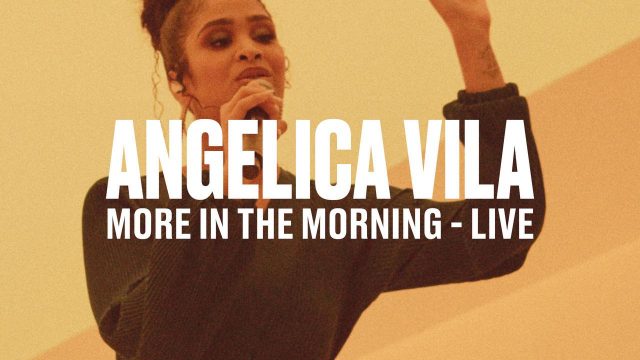 Vevo announces the release of Bronx born R&B singer Angelica Vila’s live performances of “More In The Morning” and “All I Do Is 4 U.” 20-year-old Angelica Vila began singing as a child and set her sights on a career in music during her teen years. She began releasing original music at age 17 with a single called “Making Up My Mind.” Following “Making Up My Mind,” Vila released a remix/response to Justin Bieber’s “Sorry,” all while opening shows for artists like Future and Trey Songz.

2018 saw Vila catch the attention of veteran rapper Fat Joe, who championed her talent and guided her toward a record deal with Roc Nation. In early 2019, she released her Roc Nation debut “More In The Morning” which employed a sample of Grace Jones’s 1988 cover “La Vie en Rose.” Rolling Stone applauded her efforts, saying “sensual, bright and simple, “More In The Morning” sounds indebted to early Jennifer Lopez, and its tropical Cool & Dre-produced beat is well positioned to dominate the spring.”

“More In The Morning” and “All I Do Is 4 U” are now streaming on all platforms. Keep up with exclusive content from artists all over the world on YouTube.com/Vevo.

Angelica Vila – More In The Morning

Angelica Vila – All I Do