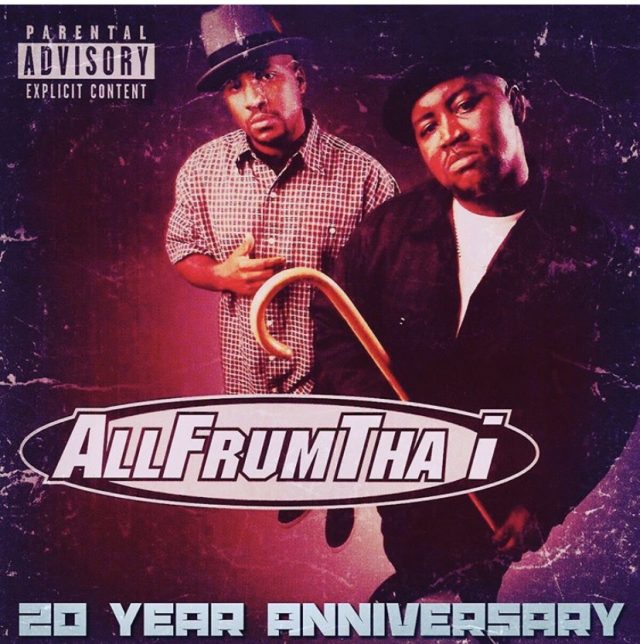 Stream and/or download the album below! In addition, watch the first video released off of the project, titled “Thug Need Love.” Stay tuned!

Allfrumtha I is an American rap duo from Inglewood, California: Binky Mack and Squeak Ru. They first appeared together on Westside Connection’s 1996 debut album, Bow Down. Before dropping their self-titled debut album on Priority Records in 1998, they appeared together on several Priority Records soundtracks and compilations, including: The Substitute, West Coast Bad Boyz II, Big Thangs, Gang Related, Straight Outta Compton: N.W.A 10th Anniversary Tribute, and Thicker Than Water.