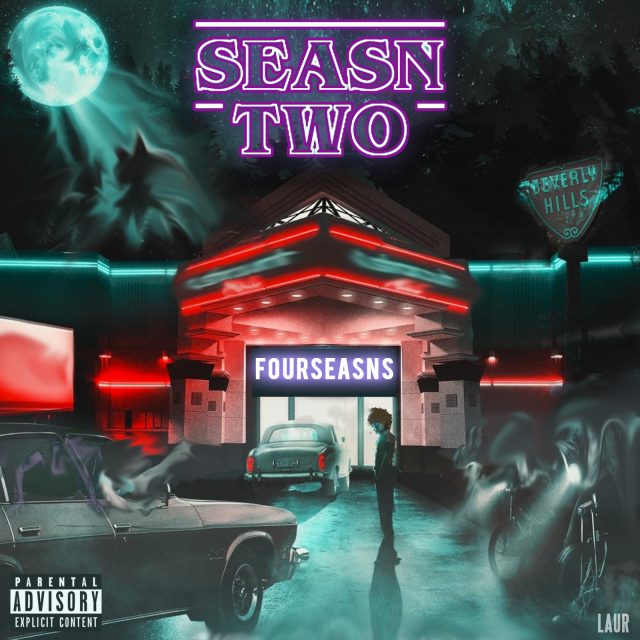 Introducing the next generation of music.

Fourseasns is a fast-rising new genre-bending recording artist out of Santa Monica-via-Midwest. Infused with a popular dance-meets-hip hop sound, he prepares his forthcoming charts reign with his latest outing with a buzzing new project, intriguingly-titled, Seasn Two.

The four-song EP is an emotional rollercoaster created by the unique chemistry between Fourseasns and fellow rising producer, Laur. With a concept that relates to the ever-changing seasons in our climate, Fourseasns tackles the different periods of life we all embark on, ranging from happiness, to depression, to heartbreak, to inspiration. While we learn a lot about the new act, we are privileged to highlight songs like “Connection” and “For Me.”

It was a three-week recording process for Seasn Two. Driven on showcasing the artist-producer duo’s versatilities as musicians. “This experimental experience will take you on a ride you will never forget,” says Fourseasns in the press release.

Along with breakout hits, Seasn Two is the perfect origin point for any newfound fan. Early fans of the rising star call his latest work, “best work yet.” Fourseasns and Laur have chemistry, we will enjoy watching them grow as both ascend to new heights in today’s music. Fourseasns credits his signature sound to the influences of popular recording artists Kid Ink, Justin Bieber, Trippie Redd, Outkast and the late-Juice Wrld.

The rising star released an official visualizer for the occasion, shown below.

Take a listen to Fourseasns breakout hit below.