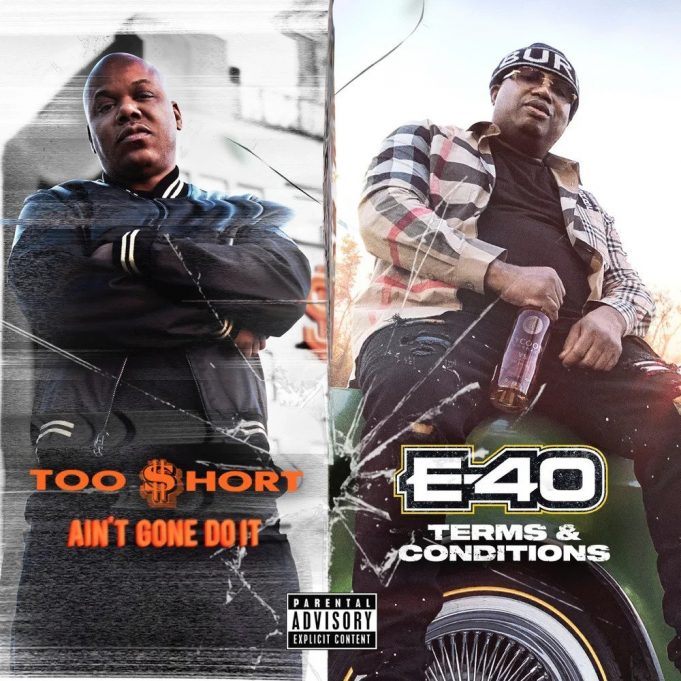 Ahead of their upcoming VERZUZ “Battle of the Bay”, Bay Area icons, and west coast pioneers, Too Short and E-40 just released “Triple Gold Sox” from the forthcoming Ain’t Gone Do It / Terms & Conditions double album.

What many fans will find interesting about this track is that it’s produced by Ant Banks, the long-time producer for both Too Short and E-40. “Triple Gold Sox” finds $hortdog and Charlie Hustle spitting game over a funky-ass track that the Big Badass does so perfectly, as evidenced on previous productions done for the pair like 1996’s “Rapper’s Ball”, 1998’s “From The Ground Up”, T.W.D.Y.’s “Pervin’” in 1999, “Domestic Violence” in 2001, and “Cali-O” from Too Short’s 2002 What’s My favorite Word album.

Too Short leads “Triple Gold Sox” off with, “I said Bitch, get in the car / I’m gonna make you a famous movie star / Look at the camera when it’s time to pop / and smile, that’s the money shot / I’m in this muthafucka dipped in gold / king tut, from head to toe..”

E-40 comes in swinging, “Grew up in the hood playing with glocks and cigs / Long money, like the Golden Gate Bridge..” letting everyone know he’s all about his paper stack and flows flawlessly over this hard-hitting track.

The tracklist is below via the iTunes pre-order: