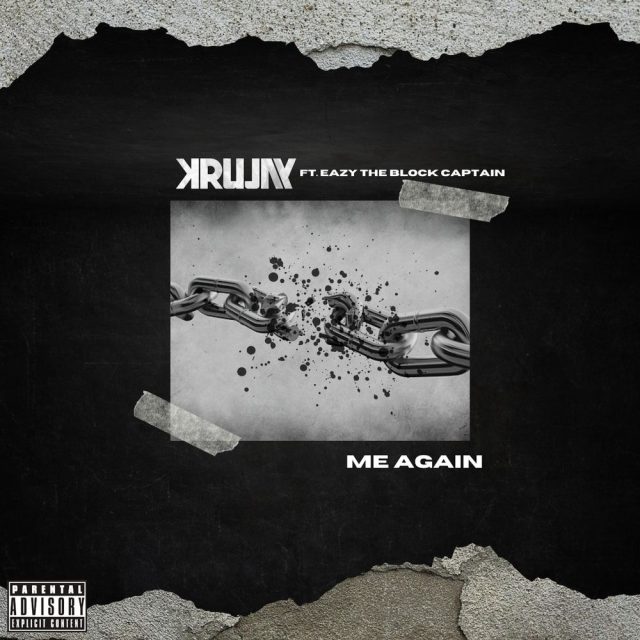 Battle-tested and ready to go to war.

Fast-rising new artist Krujay is getting ready to battle hip-hop and for his new single, “Me Again,” he calls up an esteem battle rapper in Eazy The Block Captain to help elevate his star power. Stream it here via Duly Noted Entertainment.

On “Me Again,” Krujay delivers a refreshing traditional lyricism filled with metaphoric punchlines, edgy lines, and catchy hook. He reminds fans that he’s flow is not a fluke and will be a force to be reckoned with in the coming months, which he backs up the energy with a lethal new alliance in Eazy.

Eazy The Block Captain is best known for his rap battle with Murda Mook at Drake’s highly-publicized SMACK/URLTV event, which was presented on the superstar’s platform, Caffeine. In 2022, Eazy released his latest project in the 11-song album, Himothy Chapter1 Audiobook, which dropped last April on Gutta City Entertainment. Over the summer, Eazy shared his new single “I.D.W.I.W.”.

For Krujay, “Me Again” is another addition to a long build up to the release of his forthcoming album, currently untitled, which is coming soon. The new single marks his fourth release of 2022 with the addition of previously released tracks “You+Me,” “Recipe” and “Friday Night”. The upcoming project will be a debut. Krujay keeps fans up-to-date on the process and new music daily via social media.

Listen to the new single below.