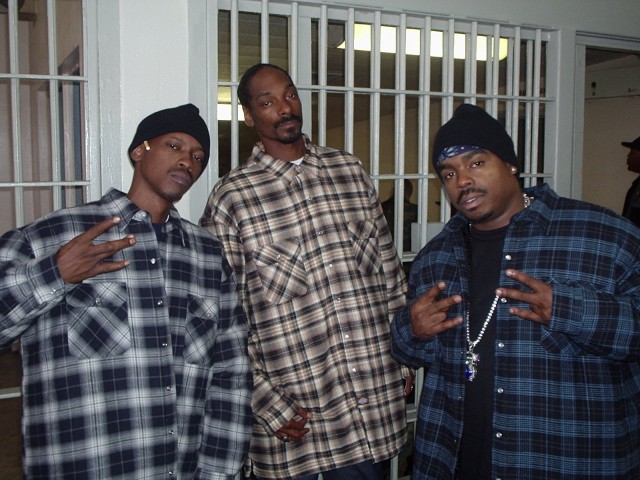 DubCNN recently had the opportunity to attend the video shoot for “Real Soon” which features Snoop Dogg, Daz, Kurupt, Nate Dogg, and Battlecat.

This song marked a milestone in the careers of the DPGC collective, as it was the first time in a very long while that all four were recording together.

We were happy to be a part of this video shoot, and to witness the great music that they create. We spoke with many of the artists at the shoot and compiled a dubcnn “Making Of The Video” Feature.

Thanks to our Event Reporters; Elliot & Justin.

The song and video was made as a dedication to Stanley Tookie Williams, who faced capital punishment on death row in December of last year.

Snoop was instrumental in rallying for Tookie’s clemency, and had even made trips up north to the San Quentin prison. However, after all their combined efforts, the governor still denied clemency.