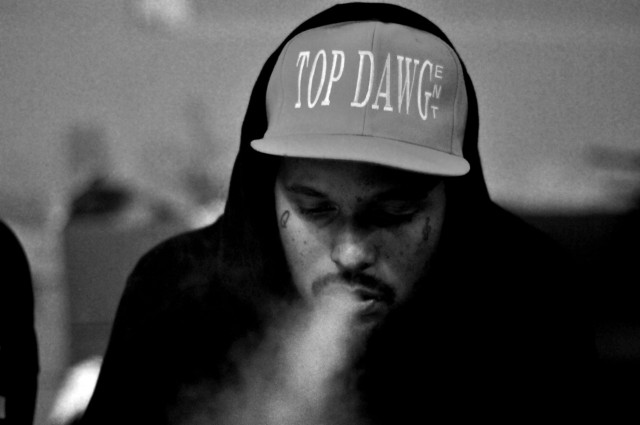 ScHoolboy Q continues 2012 the going from strength to strength! Having dropped the acclaimed Setbacks early in 2011 and followed it up with his Habits & Contradictions LP from which we’ve brought you singles including Blessed featuring Kendrick Lamar, Sacrilegious and Druggys Wit Hoes Again.

In recent updates we brought you videos for NigHtmare On Figg St. directed by JeromeD, Druggy’s Wit Hoes Again alongside Ab-Soul and the news that his label Top Dawg Entertainment, home to fellow rising stars Kendrick Lamar, Jay Rock and Ab-Soul recently put pen to paper on a joint venture deal with Dr. Dre‘s Aftermath Entertainment and Interscope Records.

ScHoolboy Q and fellow Top Dawg Entertainment representer Ab-Soul then wrapped the month long Groovy Tour in May before showing behind the scenes of the Kendrick Lamar and Dr. Dre video for The Recipe.

Last week Q featured on the FREE download of the new 50 Cent album 5 (Murder By Numbers) on the track Can I Speak To You produced by DJ Pain. Today he follows up with an appearance on the newly released “V6: The Gift” mixtape from Lloyd Banks and once again Q will win a legion of new followers with his verse on “Gettin’ By” which is produced by The Jerm – listen below!