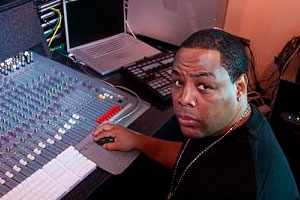 EA-Ski – who recently won “Producer of the Decade” Award – has just released footage of his time Behind The Scenes at this years Rock The Bells 2012 where you see him with artists including DMX, WC, Ghostface Killah, Jadakiss, DJ Quik, Redman as well as footage of Ice Cube’s performance and many more.

Lookout for the Dubcnn Rock The Bells 2012 round up coming soon.