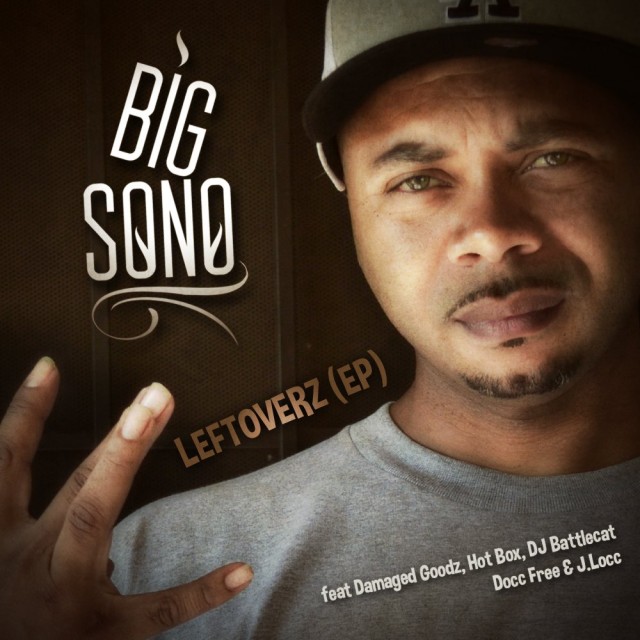 In our update at the start of 2012 we dropped the single Only Human featuring Box, Iman Omari and Ill Camille, with production from legendary producer Battlecat.

Today we’ve just been sent a brand new release from Big Sono entitled “Left Overz EP” that is available for free stream below as well as on a “Name Your Price” offer via BandCamp. The 9 track EP is banging and features appearances from J.Locc, Haas, BC Powda, Hookman, HotBox and Kam over production from Docc Free, BattleCat and Hookman. [/raw]
Once you’ve listened to the project ensure you support it by downloading on BandCamp today.