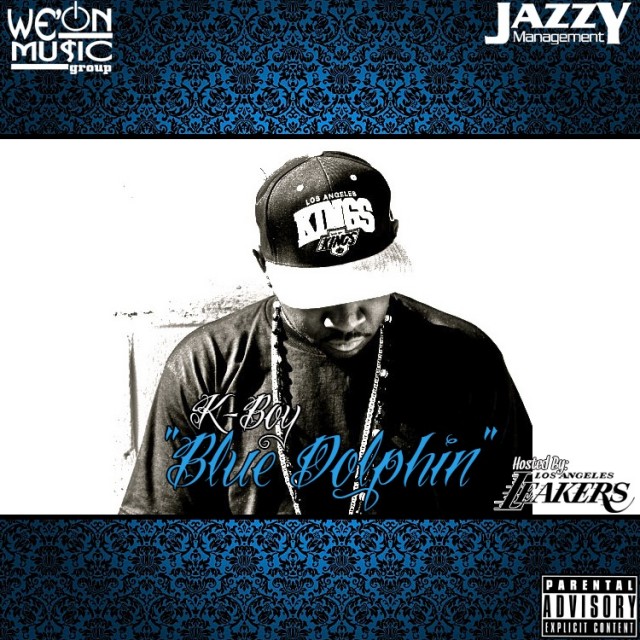 Since the top of this year K-Boy – who spent much of the last 12 months rehabilitating from four gunshot wounds suffered in the May of 2010 – has been a regular on Dubcnn once again.

Since late 2011 he has moved from under Glasses Malone‘s Blu Division/Division Music to form the We’On Music Group and in our recent updates he’s given you new music including the acclaimed By Any Means (Malcolm X) record alongside Kendrick Lamar [for which there is also a music video], the Nvis and MeMe featured tracks Need Your Love [watch the video] and Lights On.

In early 2012 we dropped the Rick Hughes produced Secret Sundayz as well as OverDose over an instrumental by in house producer Bre-z as Ace provides the hook.

During the middle of the year we dropped even more new music including Shower featuring NV & Phat Boss produced by Kuddie Fresh, Fuckem with Belvy & Richard Wright over a Bre-Z beat, Lights On Remix (We Gone Be F*cking) featuring Conflict his feature on the Taj Mahal record No Homies alongside Jadakiss, Ready and most recently the Bre-Z produced For The Money.

In July K-Boy was said to be finishing up “The Blue Light Special” and dropped the final two teaser records That Good (G-Mix) – a re-worked mix of the Glasses Malone and Ty$ record That Good – and  Type Of Party Type Of Party, a record originally performed by Dom Kennedy.

Today after more delays We’On Music Group & Jazzy Management can confirm that K-Boy will release his long awaited first release since his shooting in 2010. The mixtape – now titled “Blue Dolphin” (cover shown below) – drops right here on Dubcnn on 12.25.12 and features Ty$, Problem, Skeme, Ace, Yung Walt, Young Fresh Mike, Phats Boss and N.V. –  hosted by The LA LEAKERS. 95% of the production on the record is handled by We’On Music Group producer Bre-Z and has been executive produced by Guido THA Nose and mixed by producer/Engineer Mike Martin.

We can now bring you the main single from “Blue Dolphin” below, the record is called “Bout Dat” and features Problem over a Bre-Z production.

“Blue Dolphin” will drop right here on Dubcnn in the coming weeks. Hit him up on Twitter right now.