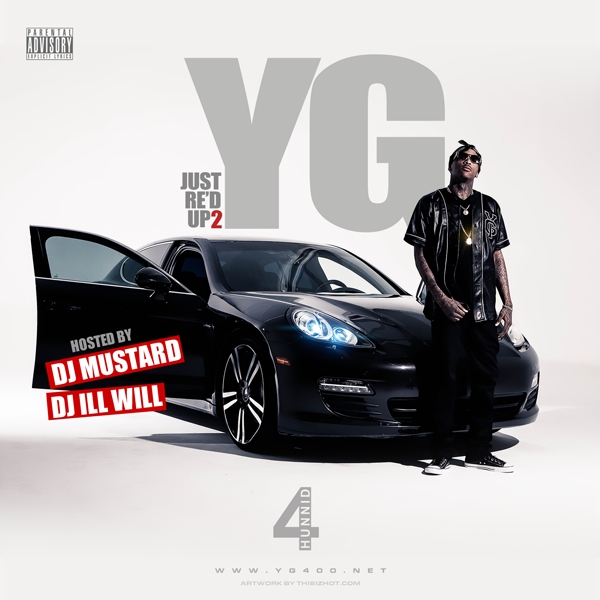 Earlier this year YG and DJ Mustard confirmed their status as one of the hottest duo’s in the game by dropping the 4HunnidDegreez mixtape.

Since getting back off his 4HunnidDegreez tour Compton representer YG has been in the studio getting another release ready that will drop later this month.

In November we confirmed the new project entitled “Jus Re’d Up 2” would feature collaborations with renowned producer DJ Mustard, as well as rappers THC, Ty$ and Joe Moses – the latter two feature on the first single “Like This” which we dropped then.

We have the official cover for you to check below – stay locked to Dubcnn for the latest on  “Jus Re’d Up 2” and remember it’ll be right here on January 21st – while you wait download 4HunnidDegreez today free on Dubcnn.com.