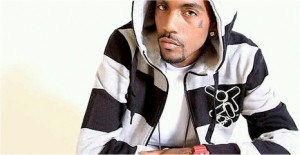 Dubb is back today to release the visual for “Law of Attraction” which is a cut off of his “Black Box EP.”

In April he dropped fresh single including the Hidden Faces produced “Black & White” featuring legendary Chicago rapper GLC and “Fuck You!” produced by D One.

Today he revisits the “Black Box EP” for the The Cutting Room Company directed video for “Law of Attraction” – a video that is based on a story of two different lifestyles which challenges viewers to use their imagination. Watch and drop your comments!