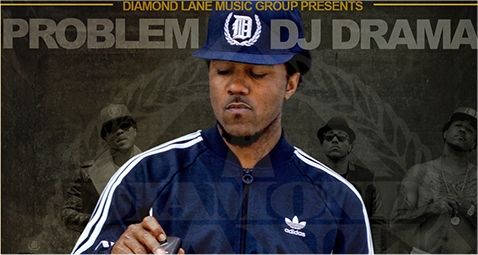 “The Separation” will be released on June 13th and is an addition to DJ Drama’s legendary Gangsta Grillz series.

The new project is the follow up to Problems 2012 smash hit mixtape “Welcome To Mollywood Volume 2” which featured singles including “Like Whaaat.”

With “The Separation” merely days away, today we can bring you both the cover and the first single from the mixtape, “Say That Then” which features Glasses Malone over production by League of Starz. Listen below and stay locked to Dubcnn for more later this week!