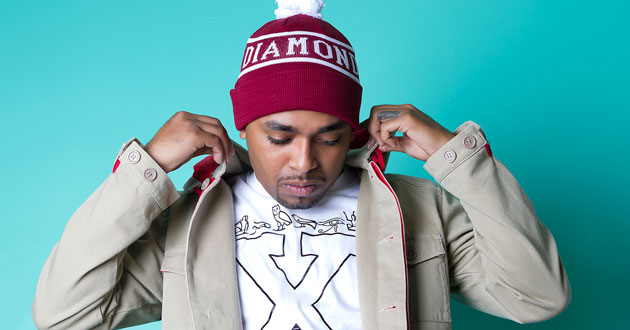 Since we first introduced him in 2010, Skeme, the Inglewood young gunner has been making a name for himself and paying his dues as a new artist.

Having dropped his mixtapes, includng as “Pistols & Palm Trees” and “The Statement”, he released his debut album “Alive & Living” last year via iTunes.

In the last 12 months we’ve caught up for 2 interviews with Skeme, one  last august and the second at Paid Dues in San Bernardino, CA.

Since the release of “Alive & Living” he’s been featured on tracks with Dope Boy Esko and Meko McAfee but today returns on the solo tip as he plots the release of a new mixtape titled “Ingleworld.”
With the mixtape almost ready he’s dropped off the first track from it entitled “BANG!” produced by The Futuristiks  listen below!