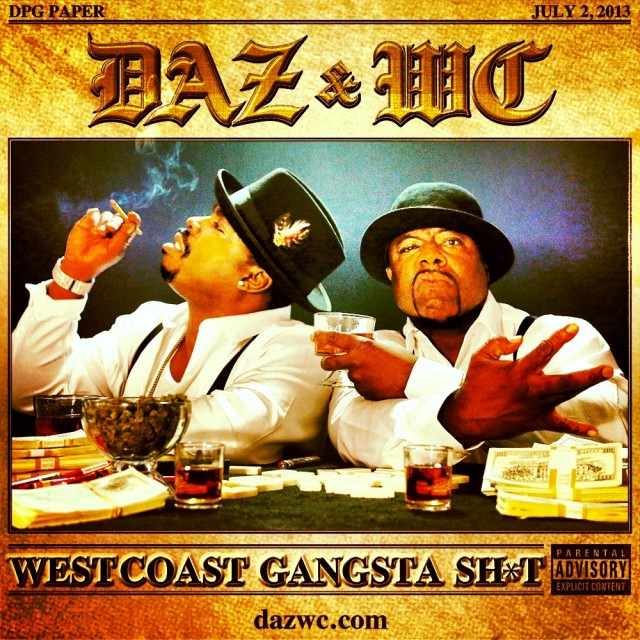 The release of Daz Dillinger and WC’s anticipated collaborative album “West Coast Gangsta Shit’ is drawing closer, with the LP due  July 2nd 2013.

We then brought you the second track from the album called “Whatcha Gon Do” and today can bring you the full tracklist for the album, which lists only two features; Snoop Dogg and Butch Cassidy!

Drop your comments below and stay locked to DubCNN for more in the lead-up to it’s release!