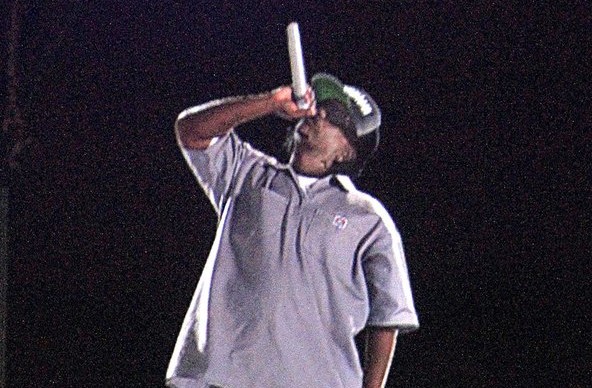 On Saturday – September 7th – we celebrated what would’ve been the 50th birthday of Eric “Eazy-E” Wright.

The legendary founder of Ruthless Records and pioneering Gangsta Rap group N.W.A. died on March 26, 1995, aged only 31 but as we reported back in May, Eazy-E was set to appear on stage once again thanks to the power of 3D technology as a “hologram” alongside Ol’ Dirty Bastard at the 10th Rock The Bells festival in Los Angeles.

The incredible performance – as well as words from Bone Thugs-N-Harmony – took place and footage was captured in HD by REVOLT that you can watch below!

Photos from the LA Times.