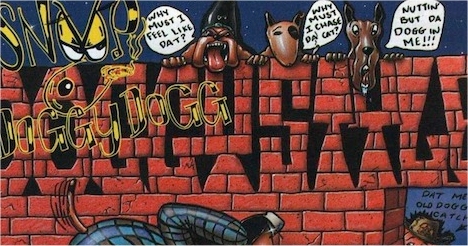 20 years ago today an album was released that was to change the shape of Hip-Hop for the following two decades.

The incredible debut saw Hip-Hop Heads in their thousands head to local records stores to pick up the most talked about record of the year – and perhaps, when we look back, one of the most important records ever released in the genre.

* The original pressings of the album which contained “Gz Up, Hoes Down” listed all of the interludes separately on the album’s artwork, showcasing a total of nineteen tracks. Later pressings of the album, which removed the track, do not list each of the interludes on the album’s artwork, although they are featured. Some editions also featured “Tha Next Episode” on the tracklist but this track was never pressed and has only ever been leaked as a poor quality sample.

With that said it’s only right we talk about those missing tracks and offer them here for stream – remember many of these were never released and as such they are poor quality recordings.

Finally here are a set of images/press cuttings and photos from around the time of the albums release in 1993.

Please share this page and drop comments about your thoughts on the album 20 years on!