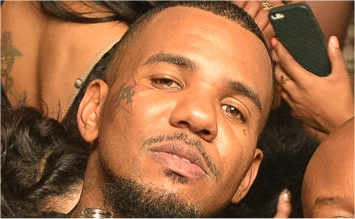 Los Angeles was out in force to help celebrate with Game, who recently released his acclaimed “OKE (Operation Kill Everything)” mixtape right here on DubCNN.

Wiz Khalifa, Ty$, Too Short, Joe Moses and Laura Govan were in the mix and the crowd enjoyed the bottle parade as Wiz kept the bottles of Ace of Spades flowing – while Game opted for Dom Dom Pérignon Luminous.

Game didn’t perform – but did thank everyone for coming out – instead Ty$ took to the stage to rock the crown with a performance of his hit single, “Paranoid” which featured on his “Beach House 2” mixtape.

Check photos from the event, courtesy of Supreme Team and Von Jackson.