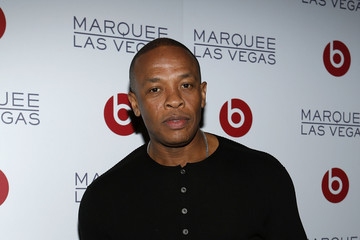 It’s rare we hear from Dr. Dre but today Esquire have published an interview that apparently took place in July 2013.

The often media reclusive Dre opened up to the magazine about the creative process, working with Eminem, how he doesn’t listen to his released material – and more!

Speaking about his mother and father Dre explained;

My mother got pregnant with me at the age of fifteen. This was ’64, and unheard of at that time. She was told, “You’re fucking your life up. You won’t be shit—and your kid won’t be shit.” Everyone was trying to convince her to get an abortion. She wouldn’t. So it was always embedded in my head as a child that I have to be a success, because those people cannot be right.

My father is the oldest of seven boys. And they’re in the street shit, period. Drug dealing and the whole nine. My father’s family steered me away from that life. They were really graphic with me. I saw people doing drugs when I was eleven years old. Back then, the popular drug was PCP. For some reason, when people did this drug, they’d want to take their clothes off and run down the middle of the street. I was watching that at a really young age, seeing firsthand what effect drugs and gangbanging had on people. It was never a happy ending, and my father and my uncles pushed me to leave the street shit alone.

I’ve been listening to music for as long as I can remember. I was bred for this from birth. My mother has a picture of me in a onesie putting a needle to a turntable. You can learn it. But in order to be good at it, to be really great at it, it has to be in you. I’ve gone seventy-nine hours without sleep, creating. When that flow is going, it’s almost like a high. You don’t want it to stop. You don’t want to go to sleep for fear of missing something. I don’t even listen to the records after they come out. It’s outlawed in my house. My wife and my kids can’t play any of my music around me. Once it comes out, for me, it’s just business. Numbers. It’s entertaining to watch somebody break my music down or explain what he thinks I was thinking during the process of making these records. Because . . . he has no idea. I love the new technology. New things give you a reason to want to go to the studio. New challenges mean you have to keep up, you know?

My kids soak in most of what I’m saying. Sometimes they don’t get it right away, but it’s always good to hear, “Yeah, you were right.” Kids are the ultimate form of motivation. They’re watching. They’re mimicking. They’re an extension of you. So you have to win. Clear communication. Respect. A lot of laughter. And a lot of orgasms. That’s what makes a marriage work.

On finding and working with Eminem;

The race factor was just a minuscule part of what I was doing with Eminem. It was really about the music and how well we worked together. When me and Marshall got in the studio, it instantly clicked. I put the track on, we had a little bit of idle chitchat, I put on the beat, and maybe five seconds in—I swear to God—he goes, “Hi, my name is.” That was it. And it’s still clicking. There’s something about our thing that’s just magical.

I believe in reincarnation, and I believe I’ve lived quite a few lives. I was at this party and there was this psychic, this little old lady with a flower in her hair. I don’t believe in that stuff. I’m the biggest skeptic. But, hey, it was a party, and I decided to sit down with her. She looked right through me, kind of freaked me out. She did past-life regression. She started telling me things that I really believe. She’s telling me that I’I’ve been back several times before. She says, “This is the last time you have to come back. You don’t have to come back anymore if you don’t want to.” I was taking it as entertainment. But something inside me was saying, Hmmm.

The good keeps you going. The bad motivates you, too. If it’s not edited right, it’s shit. It’s always weird when people approach me to make an investment. I tell them, “I don’t need any more money. I’m good.” Then I wait for their expression. That part is entertaining, because people look at you like you’re crazy when you say you don’t need any more money. Who says that?