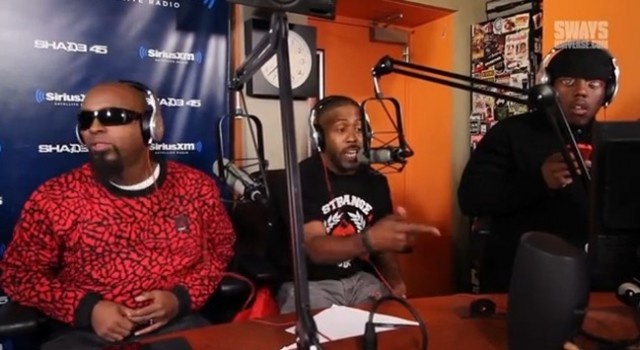 Murs, Tech N9ne and Krizz Kaliko appeared on “Sway In The Morning” in NY  last week and announced Murs’ signing.

During the interview Murs confirmed he’s signed with Tech N9ne’s indie-powerhouse, Strange Music and debuted Murs’ first song as a member of the label, “Hard.”

Sway then asked for a cypher, during which Murs rapped about signing to the #1 independent rap label in the world. Watch Murs on “Sway In The Morning” below where he told how impressed with the company’s progress he’s been: “Strange seems to be at the forefront of Hip Hop’s growth right now.”

Murs, Tech N9ne and Krizz Kaliko on “Sway In The Morning” (Video)

A longtime collaborator and tour partner with Murs, Tech N9ne says that he admires Murs on many levels. “We signed a hardcore emcee that can give a knockout show, I’ve known and worked with Murs for years. I know that he represents everything that Strange Music is about.”

Murs’ debut Strange Music album is slated for a Summer 2014 release. Murs will also be performing at this year’s SXSW Music Festival in Austin, Texas, March 12 and 13.