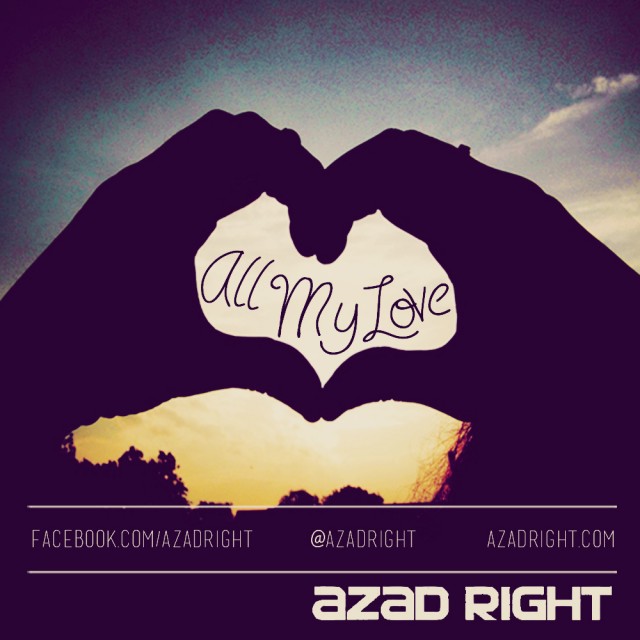 Last month we got you right up to speed with two new Azad Right records and a music video from his busy start to 2014!

The tracks “Bad Energy” and “Self Made” were the first of the #GetRightTuesday campaign and last time out we dropped the “Self Made” visual.

These new records are all in the lead-up to his “For The Hopeful” album almost ready for release – and today we can drop off his latest track “All My Love.”

“All My Love” sees Azad takes listeners on a journey with a love song about Los Angeles. The first verse touches on the effect that the City of Dreams has on the females that flock to Los Angeles looking for fame and fortune. The second verse is an ode to those who developed a hustle-by-any-means mentality while growing up in a city where only the hungry survive. In the third verse, Azad touches on his Aunt’s boyfriends addiction and how it ripped his family to shreds. However, through it all, Azad maintains his unconditional love for the city of Los Angeles.

We’re proud to be a day one support of Azad, giving him some well-deserved shine early in his career – check the track below and tell everyone who told you he was up next; DubCNN!

Azad Right – All My Love (Produced by ChromeBully) Audio For everyone heading out to SXSW, make sure to be on the lookout for Azad Right rocking at several showcases in Austin, TX.