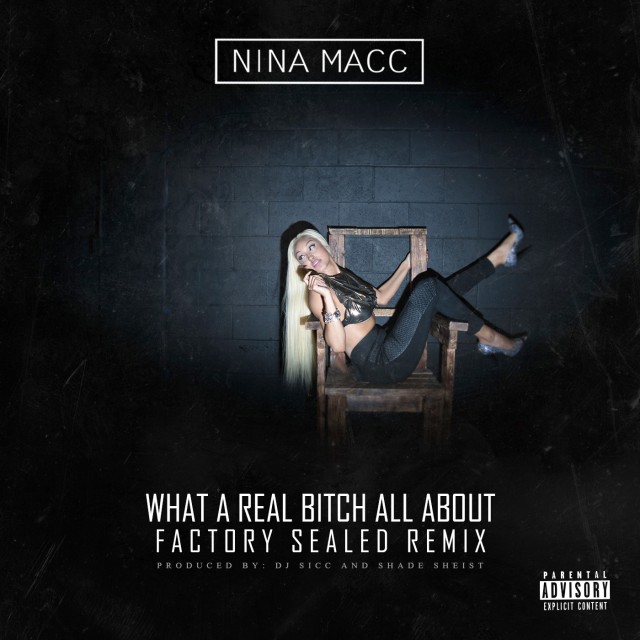 The debut LP from Oceanside, CA representer Nina Macc – “Memoirs Of a Boss Bitch” – is getting ever closer to release.

So far we’ve dropped off debut single “I Sit On Ya Face,” “Business Of Breakin,” “Straight Fuccn” produced by Shade Sheist and Krohme and “Factory Sealed.”

Today she’s dropped a hard-hitting remix to that latest single “Factory Sealed” which once again pairs up DJ Sicc and Shade Sheist on production. Listen to “What A Real Bitch All About” and then cop via all digital retailers worldwide on April 4, 2014. “Memoirs Of a Boss Bitch” –