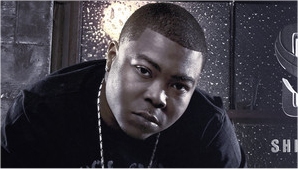 Bay area emcee, J Stalin is within weeks of dropping his new album “S.I.D. (Shining In Darkness)” due in stores on April 22!

Last year he released the double album “Miracle & Nightmare On 10th Street” which featured the track, “Ask Ya Homeboy.”

Today he’s leaked a track from  “S.I.D. (Shining In Darkness)”  that features Problem over a production from Trend of League Of Starz