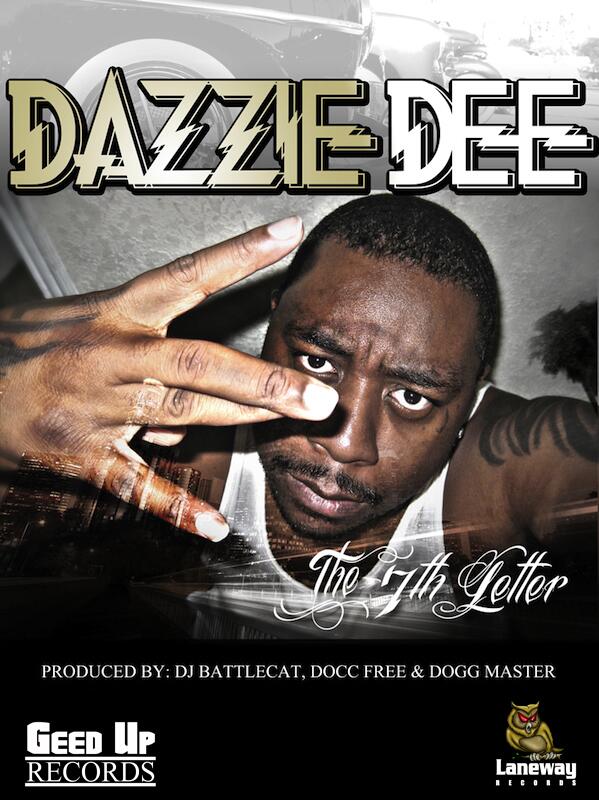 West Coast veteran, Dazzie Dee aka Bigg Saccs is getting ready to drop his new album “The 7th Letter” this year.

Earlier in 2014 we featured his song Him Or Her Can Get It and then the video for “Not About Dat Life” from the LP.

Over at the DubCNN forums Dazzie posted himself to say:

“This video means so much to me cause it’s one of the first records I worked on for “The 7th Letter” album… It came together perfect just like I imagined with myself and one of the original members from my group… K-Dee Baabaaay! Shout out to all the people involved…Daniel Hodge (Director) Graham Smith (Dopest Video Director/Editor in the game) The record is produced by Doccfree Tha Doccsta.”