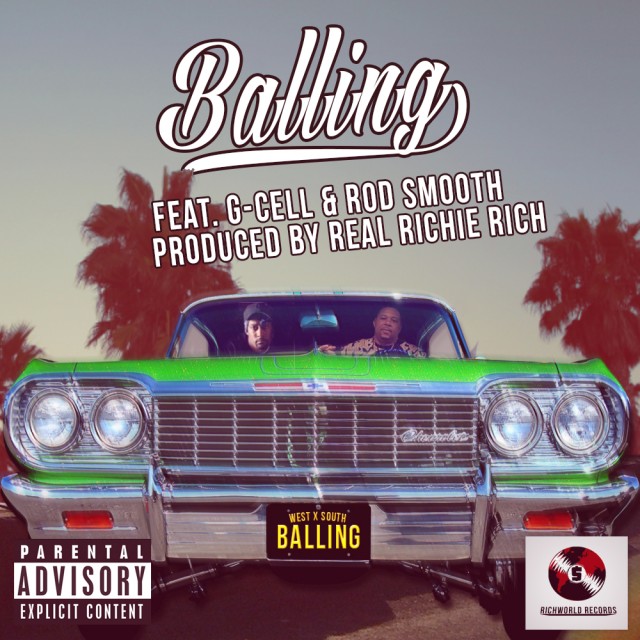 The DubCNN exclusive was a new remix of Ronnie Hudson’s “West Coast Poplock 2020” alongside DJ Battlecat.

The unheard version – which featured artists including Snoop Dogg ,Too Short, E-40, Zapp Troutman, Rappin 4-Tay, Celly Cel and Ronnie’s younger brother on the talkbox, Funkmaster Ozone – was well received by DubCNN readers and today, The Real Richie Rich is back!

Today Richie wants to take you back to a track he produced in 2007 featuring G-Cell (aka O.G. Cell-E-Cell) from the legendary west coast group Bloods & Crips and Rod Smooth from Houston TX, called “Balling.”

The record sees a connection between the West Coast and the South, give The Real Richie Rich produced track a spin below and drop a comment!