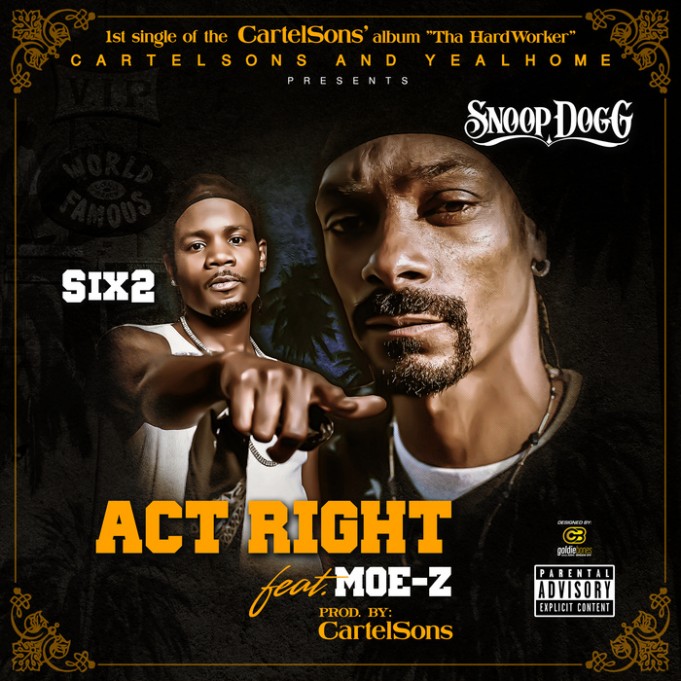 DJ & producer CartelSons, from Lyon in France, was first introduced on DubCNN in 2013 following production for Mr Criminal’s “Death Before Dishonor” LP and “I’ve Gotta Get It” with Mac Lucci and Roscoe on Cortez Muzik 3.

Last year CartelSons dropped “Solo But Not Alone” featuring 13 records with another mix of Westcoast talent – and now a year later he is getting ready to drop “Tha Hardworker” in March.

Today we can bring you two singles off the project, first up is the Snoop Dogg, Six Two and Moe Z featured “Act Right” – followed by the Kurupt, E-White, Quictamac and Moe Z featured “CartelSons Anthem.” Give both cuts a spin below and cop via BandCamp. Enjoy the new media and if you like what you hear ensure you support CartelSons and cop the singles on BandCamp.