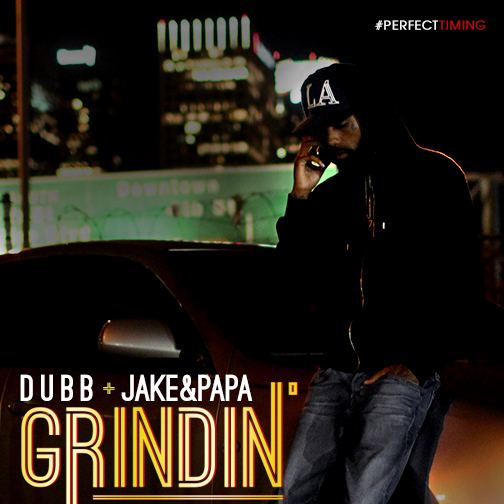 It’s been a hot minute since we last had new music from DUBB. Last year he confirmed he was working on a new project “Perfect Timing” to be hosted by DJ Skee & DJ Whoo Kid.

The “Perfect Timing” release will now drop on Dubb’s birthday  – April 21, 2015 – and today we can bring you the official first single from it, the Jake&Papa featured “Grindin” produced by D.K.!