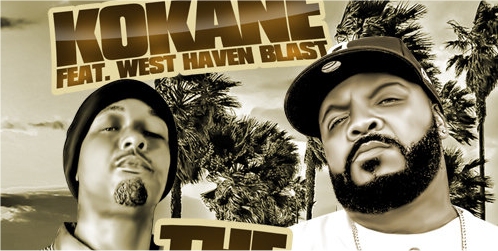 Last year we introduced California native West Haven Blast with his On The Come Up featuring tracks alongside Kokane and E-White.

Over the last year West Haven Blast has not only been working on his music but also instrumental in countless DubCNN exclusive video features and interviews – including the DubCNN 2014 Reunion footage and Eazy-E 50th Birthday, as well as interviews with Curtis Young, Scoe, Suga Free, DJ Quik, Kam and more.

Today the Lynwood and Compton representer is back on the music tip, having recently dropped his “St Patricks Day Slaughter” mixtape thanks to the recent pick up of his Kokane featured “Everywhere I Go” by FM radio having been on iTunes since early this year.

If you haven’t hear it yet, the Young Teezy produced cut sees West Haven drop his relaxed flow over a key heavy instrumental in the first verse before switching his flow on the second to showcase his versatility – give the track a spin below and drop your comments and support it on iTunes.

Check West Haven Blast’s mixtapes “Bompton,” “Welcome to the City of Compton” and “St Patricks Day Slaughter” and then follow him on Twitter.