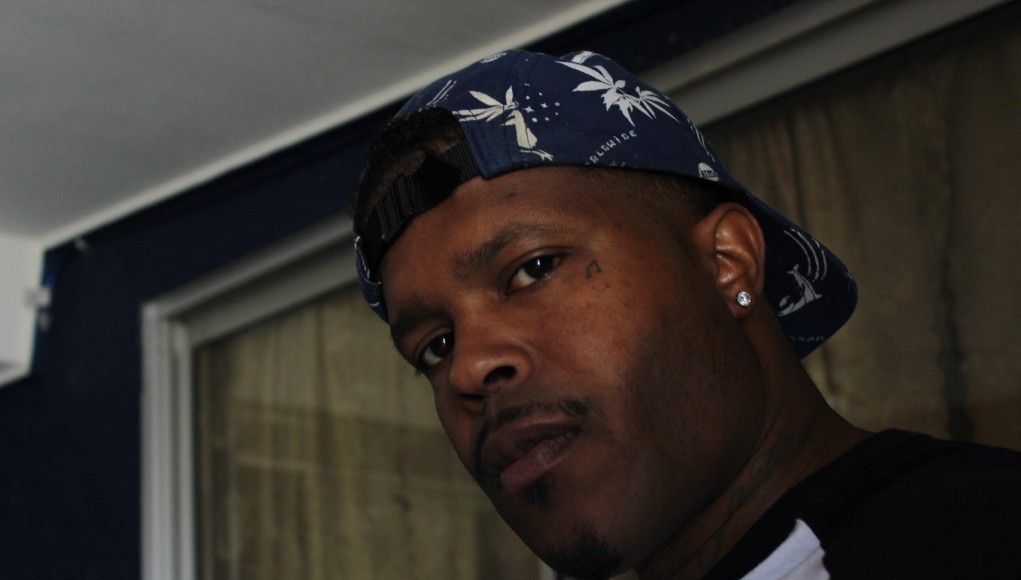 Recently, DubCNN caught up with a new member of the next generation of West Coast hip-hop, Gwap Don Dolla$.

We bring you an exclusive interview, as well as his video with West Coast Legend, Kokane, titled “Crawl Before You Ball.”

Read on to find out how Gwap got his start with Bud E. Boy Ent., as well as what we can expect from his project.

What’s good mayne. Just swagin and maintaining on my cool shit ya dig!

DubCNN: Now first of all…how did you get your start in this rap game?

I got my official start with Goldie Loc from the East Sidaz back in 02-03. He was showing me the ropes and doing music with me then in 07 with my group Young Hyeenaz with Big Fella, Big Tiny and Mr.Bo Legg (R.I.P) along with the rest of the group members, Sho Biz Lil Leggo, YD etc.

DubCNN: What inspired you to pursue hip-hop as a career, Gwap?

Well my cousins Kokane and Big Hutch aka Cold 187um of Above The Law inspired me to persue my career in the rap game and also Eazy E, and N.W.A along with rappers like Nas, 2Pac,Jay Z and Kool G Rap. I looked up to my family members (Kokane & Big Hutch and wanted to do what they were doing. They both where signed to Ruthless Records and being that they were up under my favorite rapper imprint at the time I was hella excited and just started bustin in the streets of Pomona and being pumped up by my homies in the town, I decided to take it to the extreme.

DubCNN: Now let’s talk about your banger with the Legendary Kokane…CRAWL BEFORE YOU BALL. I personally love this song. What is the story behind this collaboration?

It’s like all about coming from nothing to something you know, growing up in the P Town (Pomona CA) taking baby steps to Giant steps, and on the way going through ups and downs, having mixed emotions about music and street obstacles.

DubCNN: What single, or project are you pushing now fam?

I’m pushing two singles right now (Crawl Before You Ball) featuring Kokane under (Bud E Boy Ent.) Kokanes label and (Bounce Dat) under my own label (Hu$tle World Ent.) ran by me my little brother Victory Da 1, my cousin Jason Green and other staff at the label.

DubCNN: How would you describe your rap style, Gwap?

My rap style is Hip Hop,G funk, Gwap Hop, Gangsta Rap, and Ratchet all in one. I basically do it all. I don’t have one specific style. Not to mix people up but I do have mixed emotions in life and make music based on all my emotions and how I feel at a certain time.

DubCNN: What does Gwap bring to the rap game that will separate him from the competition?

My creativity, uniqueness, variety in style and realness in my person

DubCNN: What was it like for you growing up in California?

Terrible! Growing up in a household without a father and mother on drugs. Forced to be in the streets and selling drugs myself. I was deep in the gang banging epidemic and went through all that comes with that from being shot, locked up, doing and selling drugs etc. Terrible!

Kendrick Lamar, Eminem, J.Cole, Cyhi The Prynce and Rakim. Wish I had more than a top 5 though cause I would have included E 40, 2Pac, Biggie, Drake, Suga Free, Jay Z, Tech 9 and Lil Wayne.

DubCNN: What is it like working with Kokane, and the rest of the roster at Bud E. Boy Ent?

Its a great thing. I always wanted to rock with my big cuz Kokane and him and his wife Alicia take good care of me at the label and they also keep me in good spirit and update me on what’s going on. Its hard work doing what we do but I enjoy doing it. We have a ball together as a whole at Bud E Boy.

DubCNN:  Any projects fans can purchase online as of right now? And where can fans find you on social media?

I’m working on a whole lot of projects right now. My mixtape, my album,Bud E Boy compilation, a project with Suga Free and his camp, a Hustle World Ent. compilation, and also a movie with director Micheal Royal starring Pomona Pimpin Young, Ric Hard,Suga Free, Big Doty and more… Fans can purchase my singles on iTunes, Amazon,Beats, Google Play,Spotify, and all other retails. (Gwap Don Dolla Signs) “Crawl Before You Ball” with Kokane & “Bounce Dat” out now. Make sure ya’ll get that “Critical Condition” By Rhyme Scheme with me, Spice 1, and Bad Azz. My social media’s are Twitter and Instagram.