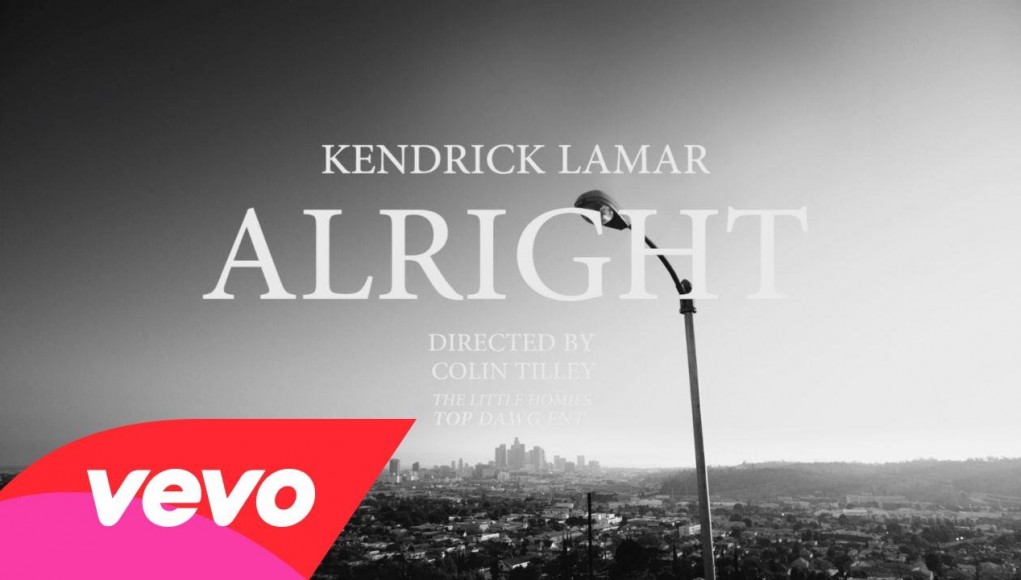 Kendrick Lamar has released the forth single from “To Pimp a Butterfly” for the track “Alright.”

The Colin Tilley and The Little Homies directed video was shot on location at Treasure Island in San Francisco and Los Angeles. The seven-minute-long is shot in black-and-white and features appearances from TDE and Black Hippy (ScHoolboy Q, Ab-Soul and Jay Rock), in a car carried by four police officers!