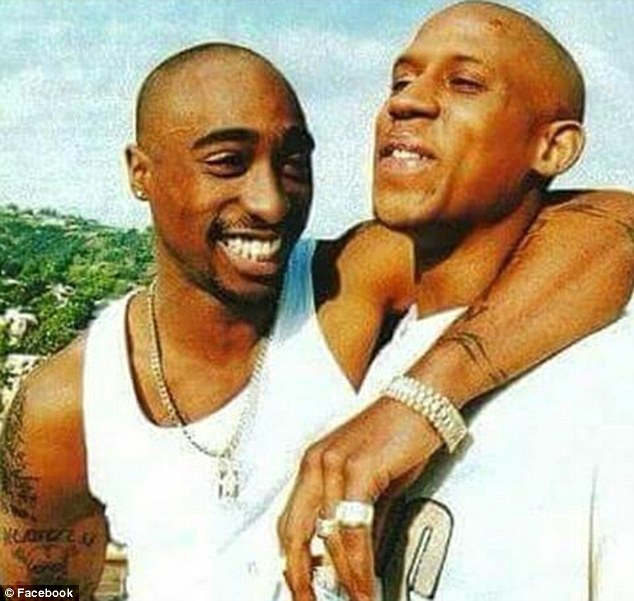 After the tragic news last week regarding IV Life’s own Del Dog today we have to report another sad day for Hip-Hop.

Hussein Fatal, member of The Outlawz – the pioneering rap group which was founded by, and included, the late great Tupac Shakur – has died following a tragic car accident. While full details are still unclear his sudden death has been confirmed by fellow group members EDI and Napoleon via their social media accounts. E.D.I

Fatal, whose birth name is Bruce Washington, was born on April 3, 1977 in Montclair, New Jersey. He was considered by many as Tupac’s protégé, lacing classic verses on tracks such as “All About You” and “Hit ‘Em Up.” For years after Tupac’s murder, Hussein Fatal and The Outlawz continued to make new music both independently and as part of ‘Pac’s posthumous releases.

DubCNN sends our prayers and condolences to the family of Hussein Fatal and The Outlawz and their respective families. Fatal is the third member of The Outlawz that is now gone before their time following Tupac and Yaki Kadafi. You can make donations to help support the family here.

DubCNN reached out to a whole host of Fatal’s peers for their comments on his tragic death;

DJ Choice One of K-Day: “That’s crazy because I was [just] bumpin some Outlawz on my roadtrip. Rest in peace. His words will live on in his music.”

Big Prodege of South Central Cartel: “I didn’t know Fatal personally. But it’s always a sad day when we lose one of our true soldiers. Prayers going up to his Family fasho.”

CPO Boss Hogg: “It’s so saddening to see these back to back industry related deaths. Supreme, Dell Dogg & now Fatal Hussein. As if one of them weren’t terrible enough. And I send my sincere condolences to each of there families and loved ones. And Pray that God Bless and keep them Now.”

TSP Gray: “He was not only a voice who delivered powerful messages to our youth, but a Role Model who will be missed.

Adrian Scott at K-Day: “What can I say? He was Tupac’s right hand man. There are no outlaws without Hussein Fatal.”

INGLEWOOD GG: “I grew up listening to all of our “Westcoast” music artists. The loss of Fatal is devastating ; when God calls our name we must Answer. I dedicate 2pac “Pour out a little liqour” to him, and I ask God to strengthen his family and friends. We lost a veteran!

BWA Kane: “Man it’s a great loss to hip hop, and The Outlawz. I really fuck wit them heavy ; they some of the realest in it, like Bwa, we send our confidences. Rip Fatal, PAC, and Kadafi.”

E-White: “I’m saddened and shocked at the untimely passing of a great young pioneer of our generation. I’ve been a longtime fan and supporter of his music and of his fight to excel in this world. May The Lord keep him and comfort his family. Rest in Peace Hussein.”

DJ Chris the Glove: “Fatal was good people. Another Hip Hop Family member gone too soon. RIP and condolences to him and his family…”

Ms Toi: “I’m saddened by this news especially happening in the community he loved so much. He should be honored for all the great things he’s done to contribute to the unification of the black community. I send my deepest condolences to the family Rest in Paradise WARRIOR always.”

Vidal Marsh: “Shocking. My boy Snak da Ripper just did a song and video in Vancouver with Hussein. Crazy.”

Below are two of the tracks that Hussein Fatal featured on with Tupac, give them a spin today and remember.

Thanks to West Haven Blast for coordinating with the industry.