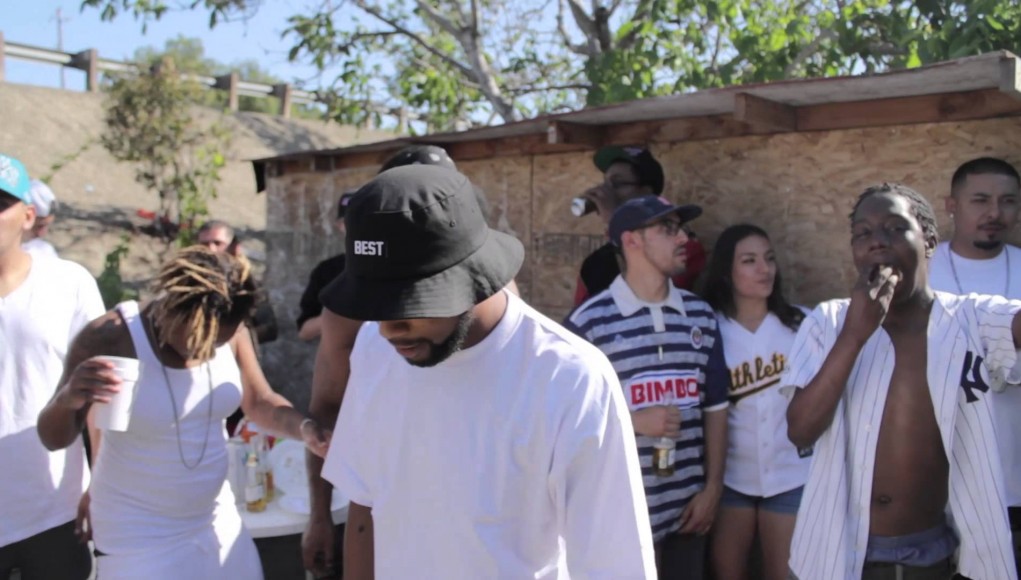 Living in the second largest city behind Los Angeles, San Jose California is home to more than just sharks and Spartans, it has bred one of the areas most notable MCs in Westacy’s own Ziggy, who bares and speaks to the suffering he and those around him have encountered and endured through. A true trooper in the trenches, Ziggy’s Simply Ziggy 2 is a follow up to his 2012 installment Simply Ziggy, inspired and powered by the very streets he (w)rite-fully represents. The project opens with verbal “Gunfire”, unloading several rounds of 16s as insightful as the man that produced it & setting the tempo throughout the remainder of the project. “Ain’t That Some” hits with that vintage west coast feel & vibe as he reflects in disbelief at all he’s been through in such a small fraction of life filled with family divided by dooming decisions, and all the additional hate one could factor into the set equation.

A problem in fact, “Countin Change” is a testament to his troubled times in the streets running with “little boys tryna be men”, adolescent hustlers emulating their idols or the very image of them. Aided by a soulful sax, Ziggy shows flashes of his inner Kendrick Lamar, with hints of SF’s A-1, vocally, as he chants “they don’t understand us momma, like you said…”, adding a density and depth to the record that speaks to his disconnection with society. Respected and recognized as a rhymer on his home turf, and although he states he hates swearing to god, Ziggy swears he too is a king. His joint “Moments”, produced by none other than Seattle’s Snare Jordan, Jake One gives the self empowered MC a platform to pay homage to the hard work and sacrifice that has gained him all his recognition. Sharing both his struggle & success with his day 1s (as we all should), and wanting nothing for free in music or in life, Ziggy’s artistic ambitions remain the driving force keeping him on track and focused. One of my favorite records on the project, for a variety of reasons, is “Her Changes”, in which his vicariously written verses provide the perspective of a disregarded girlfriend who feels like she is being dodged every time the money comes in. Caught wrestling with his emotions while she fights for his attention only leads her to believe that, “maybe this shit is only helping you write”, thus adding to her doubt and already distant love. A simple line that authenticates & makes the entire track relatable for me on a personal note, and one that all artists of all genres can familiarize themselves with, male or female. The track seemingly ends only to find its way into a classic snippet from the film Friday, leading into a new beat and set of bars where the young vet vents on his lost lose, issues with liquor and the stigma of being a “local rapper”.

The final and equally powerful tune titled “Untitled”, produced by renown beat maker in Swiff D, Zig sheds light on one of the darkest corners of his mind, sharing his brother facing a nine year sentence with another brother already in prison, an unfortunate reality to a large percentage of young black males like himself in this country. Having hurdled these hardships, Ziggy wants to show young strugglers out there they can shine too, and although the rap game is every changing, his love for it remains untainted. Battle tested & war ready, this San Jose native is spear heading a movement for all those that share his struggle to endorse and encourage, cause a win for one of us is a win for all of us.