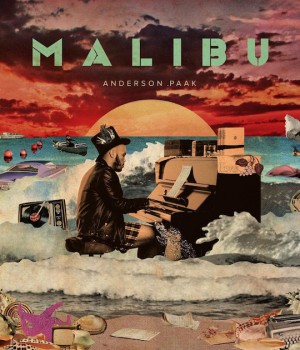 Announcing the arrival of his solo sophomore album Malibu, Anderson Paak follows up his 2014 debut Venice, continuing to water not only his blossoming career, but setting his mood & music to another one of CA’s famed beach towns. Excelling to new heights due to his collaborative efforts with the part man part monolith known as Dr. Dre, the Oxnard original has been establishing esteemed roots on the coast’s music scene prior to all the newfound praise & recognition. Due Jan.15th, the album’s cover art is arranged and designed by Dewey Decibel, both an talented rapper and visual artist from Philadelphia, and promises to be another polished gem from his private chest of tailored tempo treasures. Through his ties to another Oxnard great Madlib, Anderson Paak has also found a home at Stones Throw Record, preparing to release a stream of work with producer Knxwledge under the collective name Nx Worries at the highly reputable independent imprint. Check their latest release “Suede” off their EP Link Up & Suede dropping soon while we patiently wait on AP’s next run.