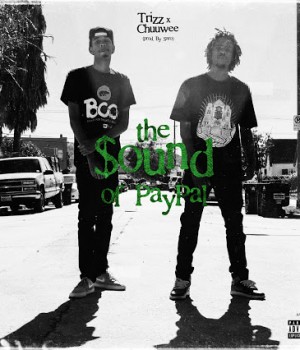 Releasing a gem from their gold mine of collabs, the dank smokin’ duo of Trizz and Chuuwee give up the first record off their highly anticipated Amerika’s Most Blunted 2 tape with “Sound Of My Paypal”. A potent combo on the track as usu-al, the blunted, blunt speaking indie talents pay homage to their hard working literally paying off, and most importantly, pay dividends. With Chuuwee’s The South Sac Mack still in heavy rotation, and Trizz just releasing his Pull Up 2 mixtape, the in demand tandem are setting the stage for AMB2 to outshine their first go around & be another celebrated pay day for these grade A hybrid hustlers.