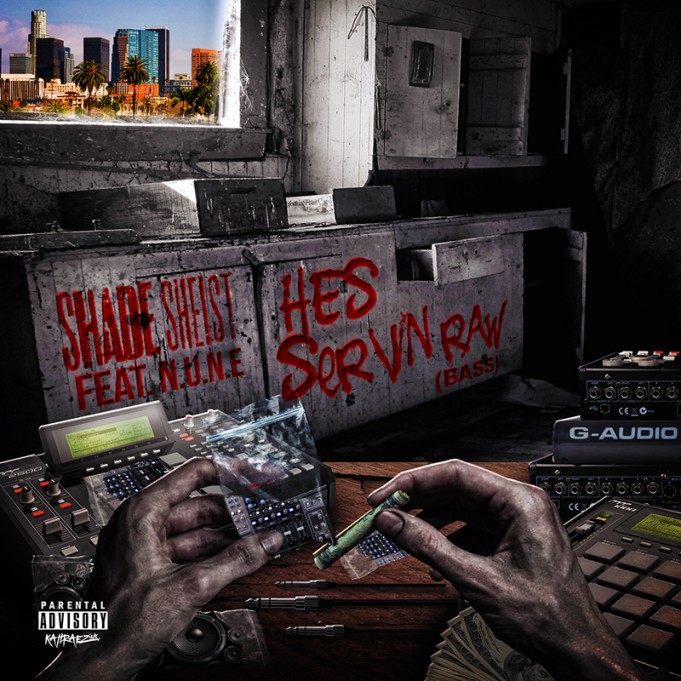 It’s been some time since we last had some new Shade Sheist to play but he’s back for the first time in 2016, with a familiar collaborator!

In 2014 he dropped “City of Angels” produced by Tommy Black, and “Cali Is My Main Bitch” before returning with his declaration of independence from everything bad with his single “It Ain’t Good” and hoped to release his 3rd full-length studio LP “BLACKOPS” in late 2015.

Unfortunately the date slipped but Shade has assured us it will drop this year and has today dropped off a brand new single feature his partner in rhyme – N.U.N.E.!

The new track is titled “He’s Servin’ Raw Bass” and as you’ll hear…he is! Not only but he takes us on a trip down memory lane recalling his early career and those he’s worked with while N.U.N.E. flows as well as ever over this infectious new record.