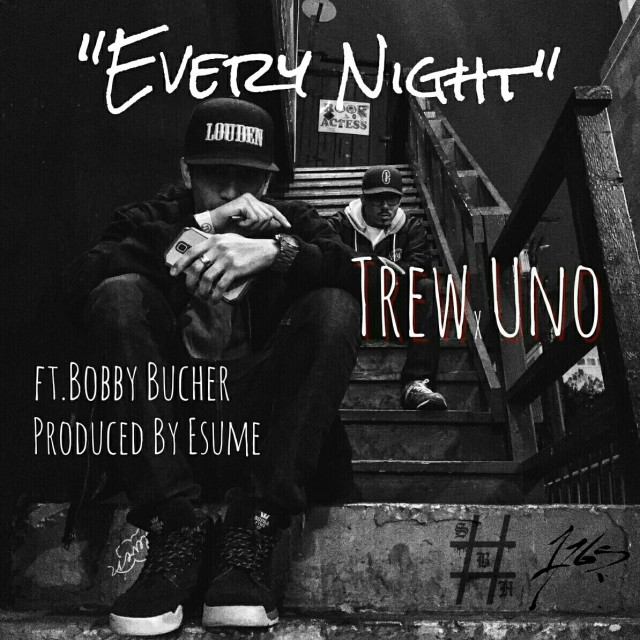 Originally born in Los Angeles before migrating to the valley (818), Nicaraguan & Colombian MC Trew Uno is a thorough talent and solidified spitter recognized throughout the city’s limits, and continuing to grow his name and following with heartfelt and hard dealt honesty in his music. Inspired by a diverse set of influences, he grew up listening to a wide array of artists, beginning with Pac, Sublime, Gangstarr, and ending with the likes of Tito Puente & Sade. Embodying their same level of spirit for music in his, Trew’s style is best described as a raw and moving energy that further creates a pulsating atmosphere for his listeners to embrace and engage him in. Finding additional fuel in skateboarding, and other genres like Punk Rock, this artist on the come up is a puzzle of different pieces that rightfully fit once put together.

Now his newest joint “Every Night” featuring Bobby Bucher and crafted by go-to-producer Esume, is a strong declaration of his life & habits in regards to this rough and rugged rap shit, and clearing the air of any doubts of his dedication, which is emphasized in the title & in action every night (pun intended). Keep your eyes peeled and ears open, as this hard working MC out of N.Hollywood continues to drop tracks & gain traction to bigger and better stages.