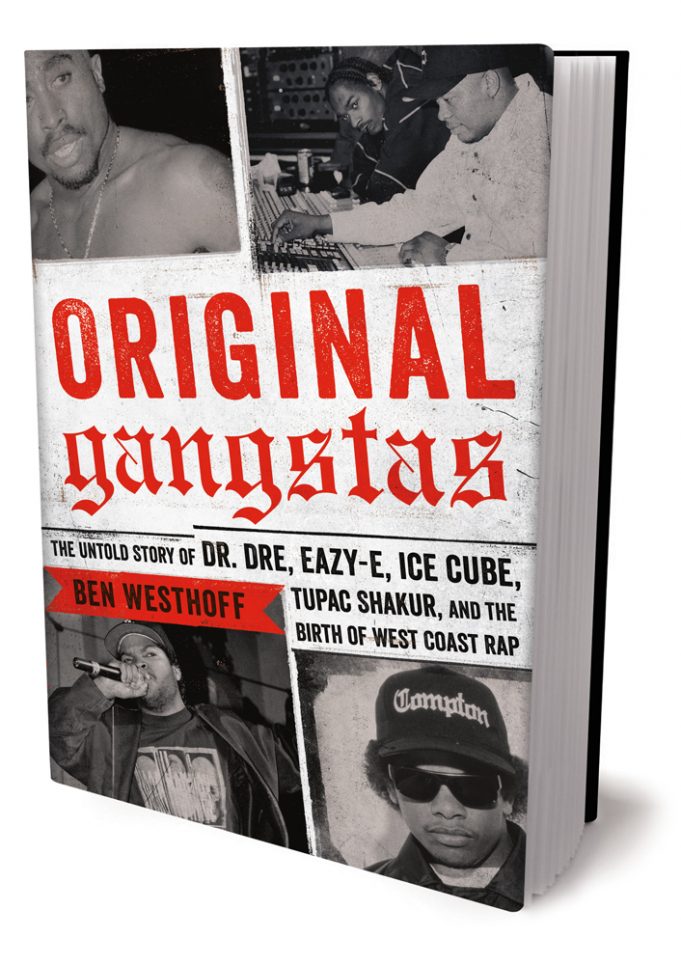 Award-winning journalist Ben Westhoff’s “Original Gangstas” book is an incredible journey through the ‘gangsta rap’ scene originating from the West Coast and popularized by the likes of Dr. Dre, Ice Cube, Eazy-E, 2Pac Shakur and others.

Ben Westhoff reports the facts, and tells all sides of this historic music movement with recollections and stories told by a multitude of eye-witnesses and people directly involved such as D.O.C., Sir Jinx, MC Ren, CPO Boss Hogg, Chris “The Glove” Taylor, Donovan “The Dirt Biker” Smith and numerous others.

This mind-blowing book delves deeply into the many stories we’ve always heard about throughout the years, giving us a much more candid and insightful depiction of this golden era of west coast hip-hop.

With this momentous and innovative masterpiece, Ben Westoff captures the true essence of his subject matter which includes countless of never-before-told stories and narratives. For instance, many of the scenes depicted in last year’s “Straight Outta Compton” film are thoroughly discussed and investigated such as the New Music Seminar brawl between Ice Cube’s Da Lench Mob and Eazy-E’s Above The Law crews. We also get a more in-depth look into the beginnings of the notorious Death Row Records, originally formed by Suge Knight, D.O.C., and Dr. Dre, wherein much of the story we’ve heard is only the beginning of the real story that unfolded between the parties.

Ben Westoff doesn’t dawdle with the facts and instead dives straight in utilizing his extensive research and exposing some of the more obscure details, bringing them to the fore-front, giving the reader a vivid reality of the extraordinary history of this era. One could easily use Original Gangstas as a navigational instrument for treading through the often indistinguishable truths of the 1990’s rise of West Coast rap music.

As someone who has interviewed and spoken with several of the people mentioned in this captivating book, I can undoubtedly vouch for Original Gangstas as an incredible read from a brilliant author.

Review by Chad Kiser for DubCNN.com