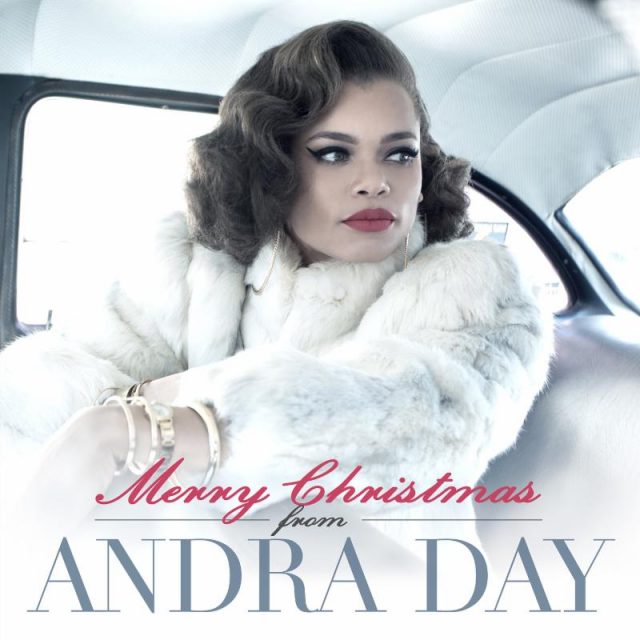 “God Rest Ye Merry Gentleman” was recorded with country singer Jennifer Nettles as a duet for Nettles’ upcoming holiday album. Day will perform it with Nettles on the CMA Country Christmas Special at the Grand Ole Opry, which airs on November 28th. Day will also perform “Someday at Christmas” on the show.

Day’s other television appearances include being the headline musical performer on this year’s Hallmark Channel’s Home & Family Christmas Special, which airs on November 17th. She will sing “God Rest Ye Merry Gentlemen” and “Winter Wonderland.” She will also perform on Empire’s White Hot Holidays, a music and variety special hosted by Taraji P. Henson and the cast of Empire that airs before the hit show’s season finale on FOX on December 7th. And finally, Day will perform “Winter Wonderland” on the
America’s Got Talent Holiday Special, which airs in December.

Hailing from San Diego, Day was nominated for two Grammys for “Best R&B Album” for her biographical debut Cheers To The Fall and “Best R&B Performance” for her stirring anthem “Rise Up”. The single’s reception landed her on such shows as The View, Dancing with the Stars, The Late Show with Stephen Colbert, CBS Saturday Morning, the BET Awards, ESSENCE Music Festival, Special Olympics, Good Morning America, Jimmy Kimmel Live!, LIVE with Kelly & Michael, The Wendy Williams Show, The Real, CNN Heroes, Shining a Light: A Concert for Progress on Race in America, Macy’s Thanksgiving Parade, and the National Christmas Tree Lighting. Earlier this year, Day performed at Hillary Clinton’s “I’m With Her” concert in Los Angeles.