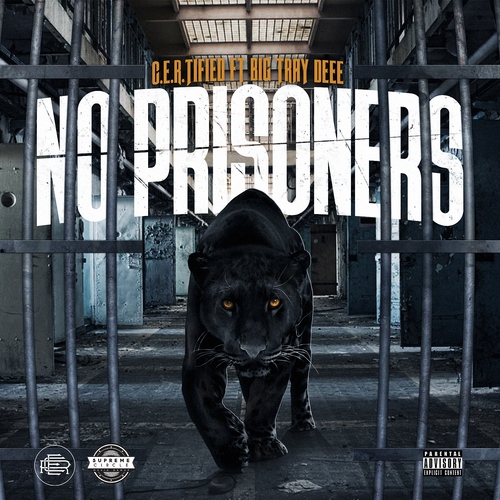 This Monday, 7/17/17, Big Tray Deee and Supreme Circle Music Group will be debuting the official visual to the recently released single, titled “No Prisoners”; featuring C.E.R.Tified (Coniyac & ESCrow) and produced by Anthem 500hz. The appropriately titled song sees Supreme Circle Music Group first lady, Coniyac, continue to lace tracks with skillful ferocity, while rising hip-hop star ESCrow, displays an entertaining, precision-crafted flow that gives fans a glimpse into the future of SCMG. Make no mistake though, West Coast hip-hop star and SCMG head honcho, Big Tray Deee, undoubtedly sets the ovetall tone; a feat he is accustomed to performing no matter who trades bars with the Long Beach emcee. ‘The General’ applies his trademark virtuoso verbage and unbridled energy, while delivering lethal bars on the new single. SCMG is taking ‘No Prisoners’ in 2017. Stay tuned; this is only the inception.