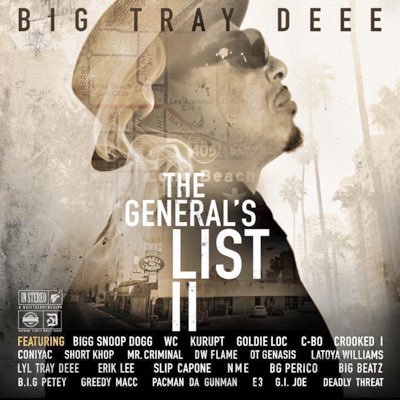 “GANGSTA”, the short film starring Big Tray Deee, Mike Epps, Coniyac and DW Flame. “GANGSTA” offers a glimpse into an ominous imagining where technology rules the day, drones patrol neighborhoods enforcing the law and cannabis has been outlawed in all forms as the tyrant president has held five terms in office. One strain remains and there is an all-out hunt to find and destroy it.