DubCNN.com // West Coast Hip-Hop : Daily For Over A Decade
Home Features On The Come Up On The Come Up: King Brainz Drops New Video “No Lie”
Facebook
Twitter
Pinterest
WhatsApp 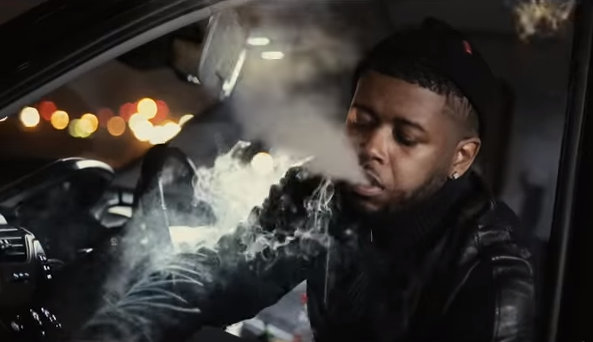 On The Come Up continues it’s 15 year old tradition of highlighting young talent, ready to breakthrough.

In this edition we turn the spotlight on one of Southern California’s young new talents; King Brainz.

Raised on the 103rd and Western area of Los Angeles, a part of the city known for its violence and gangs, King Brainz looks to breakthrough in 2018.

At 15 years of age, after being shot at and later arrested for some crimes, a young King Brainz began his musical journey while on house arrest. From there he began practicing with a Fruity Loops program on his laptop and soon started recording his own songs despite not having the adequate equipment.

As a young man growing up, distractions and roadblocks came and King Brainz would often put aside his musical ambitions but somehow the music kept calling him back. He started taking music more serious and formed a group with several friends from his neighborhood and they called themselves the Harvard Boyz – in honor of the street they all lived on. But things took a dark turn for the group in the Summer of 2015 when a close friend by the name of KP was tragically murdered. KP’s death set off the string of violence in the city that infamously became known as “100 Days and 100 Nights”. Once again King Brainz music career was put on the sidelines.

However, it didn’t stay on the sidelines long as Brainz used the memory of his friend to get back into the booth and continue his musical dreams and shortly after that, he teamed up with fellow artist Bino Rideaux to record a song called “100 Days and 100 Nights.” The song shares the reality of the streets of Los Angeles which West Coast rap is known for, except instead of coming from the familiar voices of the OG’s it was coming from the younger generation that has grown up in the aftermath. The song was very well received throughout the city and received hundreds and thousands of views on Youtube.

Now with goals and ambitions firmly set, King Brainz is out to showcase his talent with the release of his upcoming Summer of 2018 project, “No Lie.” With the title track already released on YouTube, “No Lie” will undoubtedly establish the foundation for the young King to rise as one of the new faces of the West Coast scene.