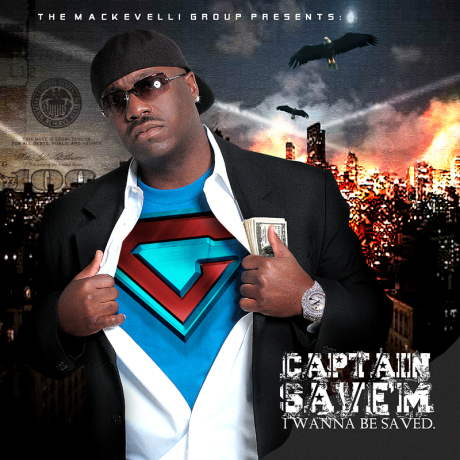 Kev Dickson, also known as the original “Captain Save-A-Hoe” and Captain Save’M, is a worldwide icon in large part due to the landmark 1993 song and video “Captain Save A Hoe” from E-40 and The Click off The Mail Man EP released on Sick Wid It Records.
Captain Save’M is credited with launching and branding projects for E-40, Master P, The Click, B-Legit, and T.W.D.Y. to name a few. He has collaborated with several of the music industry’s top artists and producers on songs and records including “Player’s Holiday” alongside Ant Banks and Rappin’ 4-Tay, “Where They At” with Too Short, the “I Got 5 On It” remix featuring the Luniz, Dru Down, Spice 1, and Shock G, among others.

Chad Kiser sat down with Captain Save’M to discuss a wide range of topics including the origins of “Captain Save-A-Hoe”, creating T.W.D.Y. with Ant Banks, being one the first to hear “California Love” as a Dr. Dre solo record, the night he saved the Notorious B.I.G. in Sacramento, California and much more.