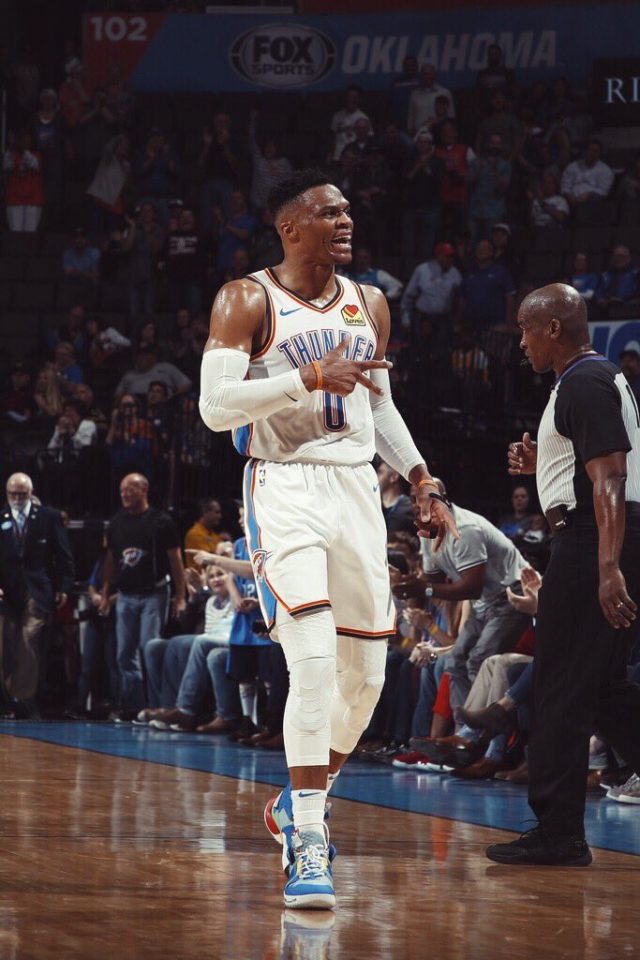 Tonight, versus the Los Angeles Lakers, Russell Westbrook became the first basketball player since Wilt Chamberlain to record at least 20 points, 20 rebounds and 20 assists in a single game.

The OKC Thunder point guard arrived at the arena wearing a Crenshaw t-shirt and was later shown dancing to Nipsey Hussle‘s music during warm-ups. Earlier in the day Russell Westbrook declined to answer questions regarding his late friend, but dedicated the night to Nipsey after the basketball game.