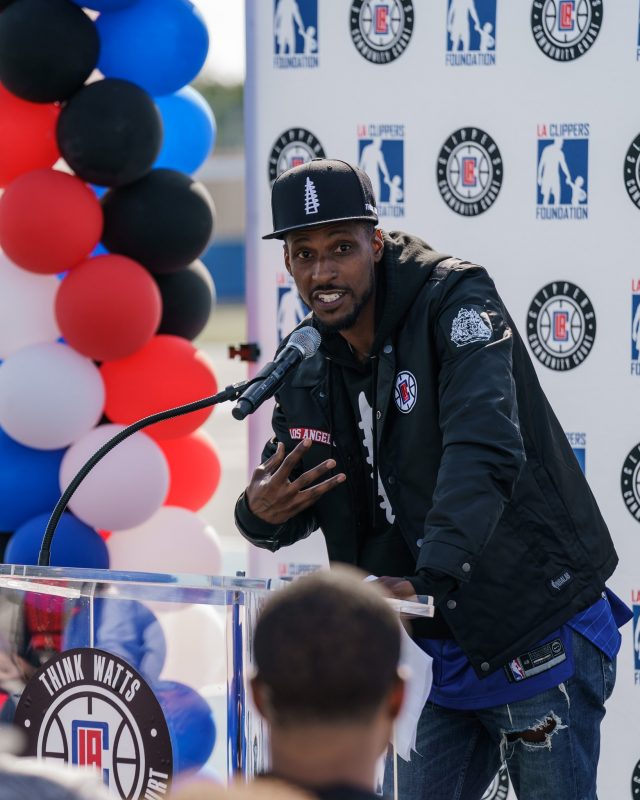 Watts, California emcee, Stix, and the Los Angeles Clippers joined forces today in support of community activism and the betterment of conditions in inner city schools. The Los Angeles Clippers and Stix dedicated 9 new basketball courts and an entire playground at Charles Drew Middle School and The U. Check footage of this event below and stay tuned!

The organization came to this Watts campus due to the passion and support of community activist and rapper @wattsstix, who was on-hand for the ceremony! pic.twitter.com/JcO1zLyD0N

Be sure to tune in to the Clipper game tomorrow, featuring a halftime performance by Stix!

Come out to Watts me rock out @staplescenterla with the @clippersspirit at halftime of the @laclippers vs. @houstonrockets game on April 3rd. Don’t miss out on my performance of Chip City; purchase your tickets at https://t.co/fUHINZHtQb. #thinkwatts pic.twitter.com/l9pLc1GBYL