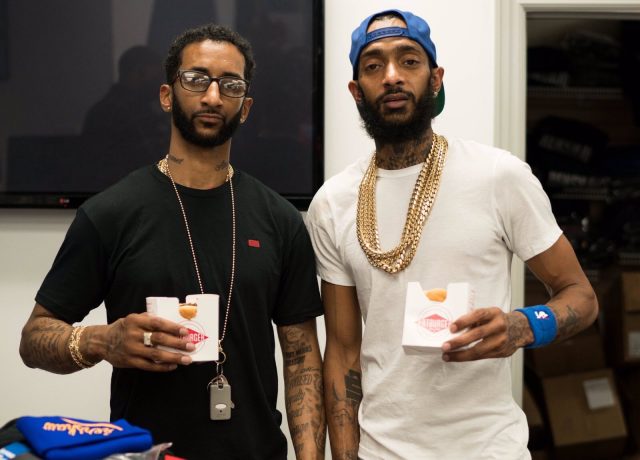 Nipsey Hussle‘s older brother, Blacc Sam, recently spoke with ABC News to reflect on Nipsey Hussle’s legacy. Check a portion of the conversation below. Rest in paradise, Nip the Great!

“He was somebody that believed in the process of hard work, determination and just the positivity of somebody staying in the area that he grew up in and making something out of nothing,” Asghedom said. “He was a role model to the community, to the kids, and to the mothers and the grandmothers and the community that watched him grow up and seen him as a youngster, [and now] a family man, a father, raising his kids.”

“Growing up, when he was a teenager—I’m a little bit older than him, he was in the streets and gangs, trying to hustle and get money. I was trying to make sure that he’s safe and that he’s legitimate and doing something positive and that was my whole goal. You know, at the end of the day, he’s the one who actually made me have something legitimate to be able to attach myself to,” Asghedom said. “It’s hard that he was killed, man. It’s hard.”

“Why do you have something in this area? Why don’t you leave and do something else? But he was murdered while he was in a parking lot, hanging out, selling CDs and that’s the area that he felt attached to and did everything in the area and ended up buying a lot and rehabilitating, opening up businesses and just became a landmark for everybody.” – Blacc Sam