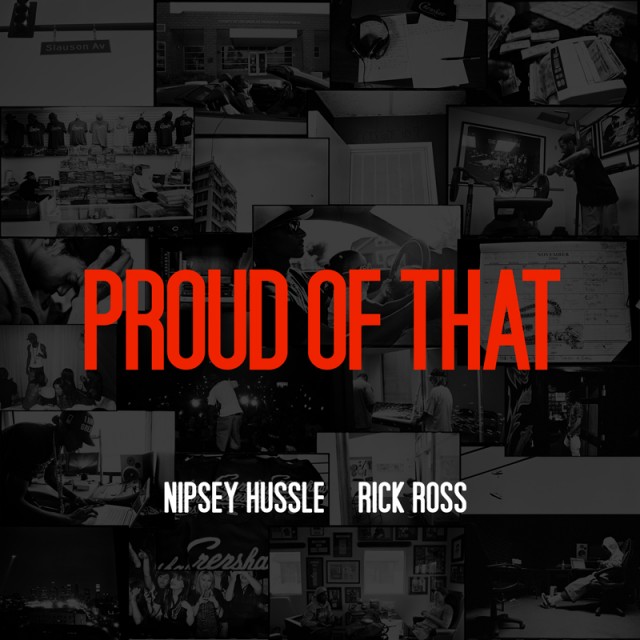 Neighborhood Nip Hussle never sleeps and since the release of The Marathon Continues late last year that has continued to be the case. Over the last few months we’ve brought you videos for his tracks Forever On Some Fly Shit,Run A Lap as well as appearances on L.A. Confidential with Blanco and Get Mine alongside Kid Ink.

We also followed up with footage of his Performance at Smoke Out Festival 2012 with Guerilla Union, last week we dropped a Live From Amsterdam Performance + Interview Feature where we catch up on his huge last 12 months, and a few days ago we dropped the I Need That Video with Dom Kennedy from his The Marathon Continues project.

Today we are back as Nip has just leaked a track with Rick Ross called “Proud of That” produced byJiggy Hendrix – check it below!

Enjoy and once again download The Marathon Continues free right here on Dubcnn.com if you missed it first time around! The release features YG, Rimpau, Cobby Supreme, Dom Kennedy, Yung Brodee and more.