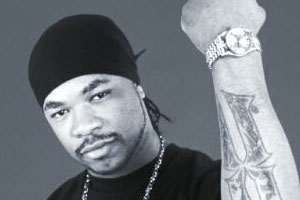 A little over a week ago we confirmed that Xzibit had lifted the lid on his first album since the 2006 release of “Full Circle” via Twitter and titled it “Napalm.” In that same update we brought you the full tracklist, features and production credits – again below – with artists including Prodigy, Wiz Khalifa, Slim The Mobster, E-40, King T, The Alkaholiks, David Banner, Brevi, Crooked I, The Game, Bishop Lamont, Young De set to feature over A-Class production from Rick Rock, DJ Chill, E Dan, Insane Wayne, S1, 21 The Producer, 1500 Or Nothin, David Banner, Akon, Focus and Dr. Dre!

Today we return not only with the news that the first single will be the E-40 featured “Up Out The Way” – in fact last week X was with the legendary Brian Gardner, aka Brian “Big Bass” Gardner mastering it – but also the cover, shown at the top of the update AND the insert and CD artwork, shown to the right!

We believe the planned release date for “Napalm” is set for September 25th 2012 – stay tuned to Dubcnn for the latest music from this project, including the single coming soon!