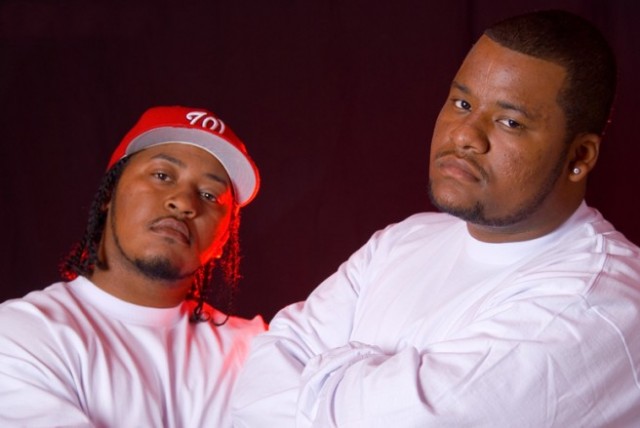 Since 2007 when they emerged with the banging single Weeest! featuring Playa Hamm, they caught the ear with a string of singles.

1. Big Big Bizness
in 2008, Truthfully Speak’n, Catch Da Fade, I’m a Dodger and U Can Get It during 2009, all hyping up their Gqcality mixtape which dropped in January 2010 hosted by DJ Battlecat.

The release of Gqcality also saw a video drop for the single Weeest and since that all we had from the duo was the late 2010 drop Paystyle Pt. 2 and this Exclusive Video Interview With The Young Giantz in Summer 2009.

Then in February 2012 we dropped off a new single produced by DJ Battlecat called Don’t Stop Party’n that is set to appear on the “Itz In Uz, Not On Uz” album which is now due later this year. The duo followed that up with Foeva On Sum Giantz Shyt over the Nipsey Hussle record Forever On Some Fly Shit as well as a new music video directed by James Wade for a new track entitled Do Betta that featured Titus Notez.

In May we dropped the St Helens mixtape alongside Big 2Da Boy featuring Eastwood, C-Love, Toke Da Smoke, Tha Chill, Meeso, Gangsta Dre’sta and more over production from Terrace Martin, Seige Monstracity, Face Trakz, Johnny Juliano and others. In our last update in July Deuce Mac and Bigg Joe West released their “Been Thru Alot” video featuring A. Gee over a Seige Monstracity production and alluded to an upcoming mixtape called “#LoveLove” – today we can bring you the free release! Enjoy the free mixtape and stay tuned for more on the album “Itz In Uz, Not On Uz” coming soon! Until then ensure you follow Young Giantz on Twitter.